Much has been said about programming apps on this blog; also about Android and iOS app development, on responsive and native applications and about how to monetise all these mobile projects. Even app design has secured a foothold in our blog. However, there is a good mobile development option available to us that we’ve never made abundantly clear. We’re talking about cross platform app development with HTML5.

For those who have just landed to the world of apps, the difference between native and cross platform applications is that the former are ‘written’ in their own app programming language. On the other hand, the latter are developed in a single code that is interpreted and adjusted to the different devices; we would say that the concept is practically synonymous to that of web applications − which we’ve discussed several times.

There are two different branches of applications within the cross platform category: the first works on WebView (which we’ll be discussing in this article and makes use of HTML5, CSS3 and JavaScript); the other is of the Xamarin kind: the code is written in a common programming language which will be ‘translated’ into a given platform’s native language. HTML5 is precisely one of the languages allowing us to create cross platform apps − which can be accessible from any device – by undertaking a single development process. Let’s see what it is a little more in depth:

What exactly is HTML5?

HTML5 is a mark-up language used to structure and display content in websites. It provides support to advanced multimedia applications − including audio and video. But it also allows us to modify a page’s layout and thus change its appearance.

In this regard, how can app developers take advantage of it? An expert can programme interactive apps with HMTL5 that will be displayed via a browser on any device. HTML5 is indeed one of the most versatile languages for developing web applications and the most widely used for creating non-native apps.

Why programming apps with HTML5?

First of all, it’s worth noting that HTML5 is a very widely used programming language. In fact, it’s the standard web programming language since October 2014, so there are always plenty of resources on it to be found. In addition, the World Wide Web Consortium (W3C) has bestowed its “Recommended” stamp upon its fifth version.

Compared to previous versions of HTML and other programming languages, its fifth version includes new features for including video and audio and – on top of that − implements responsive design automatically. 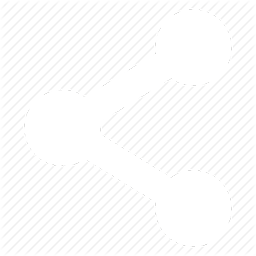